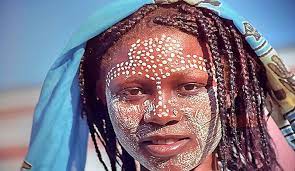 In Kenya, northern Mozambique, and southeast Tanzania, there is an ethnic group known as the Makonde. The Mueda Plateau in Mozambique is where the Makonde formed their culture.
They are presently spread out across Kenya and Mozambique, as well as Tanzania and Mozambique. According to estimates from 2001, there were 1,140,000 Makonde people living in Tanzania, and 233,358 Makonde people were counted in Mozambique as per the 1997 census, for a total estimated population of 1,373,358. The Ruvuma River generally divides the ethnic group; those who live in Tanzania are known as Makonde and those who live in Mozambique as Maconde. Despite having different languages now, the two groups have a similar origin and culture.

African, Arab, and European slavers were successfully repulsed by the Makonde. Not until the 1920s did they come under colonial rule. The Mueda Plateau, the ancestral home of the Makonde, served as the launchpad for the movement that forced the Portuguese out of Mozambique in the 1960s. For a while, the revolutionary movement FRELIMO received some of its funding from the selling of Makonde carvings, and the organization rose to prominence as its core. Due to their part in the rebellion against Portuguese colonial rule, the Maconde of Mozambique continue to play a significant role in the nation’s politics. They converse in Makonde, often called ChiMakonde, a Bantu tongue that is connected to Yao.  Many people are multilingual, speaking languages including English in Tanzania, Portuguese in Mozambique, and Makua in both. The Makonde are a matrilineal society, meaning that women often inherit property and raise children, and that husbands typically live in the hamlet where their wives live. Although the Makonde in Tanzania are ostensibly Muslims and those in Mozambique are Catholic or Muslims, they still practice their traditional religion, which is an animistic kind of ancestor worship. Muidini is the greatest dancer among the group of girls participating in the Makonde ceremonies that mark a girl’s transition into a lady.

The Makonde have historically created wooden furniture, figurines, and masks for ceremonial usage. Following the 1930s, Makonde art has grown in significance among African modern art. George Lilanga was the most well-known of these artists on a global scale.