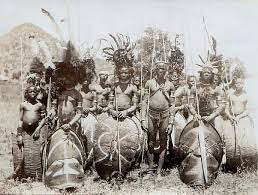 THE LUO COMMUNITY - HISTORY AND CULTURE

The Luo are Kenya’s fourth largest ethnic group. They speak a Nilotic language called ‘Dholuo.’ The Luo community, often known as ‘Ramogi’s descendants,’ is recognized for its musical abilities and instruments. Raila Odinga, Kenya’s former Prime Minister; Barack Obama, the former President of the United States of America; and Professor Sam Odingo, an environmental scientist and Nobel Prize laureate, are all Luos. The Luo are a Nilotic-speaking people who are thought to have originated in Sudan and presently live in Kenya and Tanzania around Lake Victoria. Uganda, Congo, Ethiopia, and Sudan are home to other Luo tribes. The Luo believed in God (Nyasaye) who they worshipped in sacred spaces. (Hembko or Hembho) the sacred shrines, trees, huge rocks, hills and Lake Victoria were associated with the supernatural.  Examples of exemplary Luo people are Luanda Magere and Gor Mahia.  Luanda Magere was a famous warrior in Kano village while Gor Mahia was a magician and chief of Kanyamua. One of the most famous football clubs in Kenya is named after Gor Mahia.

The Luo were traditionally organized into exogamous clans, which were made up of many families and led by a clan elder. A council of elders served as counsellors to the highest elder and was led by a supreme chief (‘Ruoth’). Headdresses, a spear, special robes, a fly-whisk, and a stool were all worn by Luo chiefs to show their position.

Six front teeth were removed from the lower jaw at the Luo initiation. The purpose of this rite was to test men and women’s courage and endurance, as well as to deliver medicine in the case of ailments like lockjaw.

A Luo marriage took place in stages. When a guy sees the girl he wants to marry, he sends a handful of his clan’s men to the girl’s parents to convey his interest. Because it is Luo custom for a man and a woman from the same clan not to marry, the two families would explore whether they had any blood kinship or ancestral connection. After then, a “go between” (Jagam) would look into both families’ reputations to see if they practiced witchcraft or sorcery, or if they had cases of madness, murder, or diseases. Leprosy, epilepsy, and sleeping sickness were all considered genetic diseases that might lead to a divorce. After then, the groom and his family would pay the first bride wealth payment (Angea), which could be money or other gifts, but not cattle. Angea was given to the girl’s mother, who would prepare a special chicken supper for the guests. The bride price was based on an agreed-upon amount of cattle.  The man would would then plan to ‘abduct’ the girl, either from the market or when she was fetching water. The ‘abduction’ was of symbol of status and everyone would know the girl was taken.

Shields were used in simulated combat (when local males hurried to take the initiates home) and in song and dance during traditional funeral celebrations, among other things.

Luo women were important members of the family. They used to undertake most of the household tasks, care for the children, and teach them their language and traditions. The women wore magnificent headdresses with feathers and beads made of goat leather.

The Luo believed that the dead joined the spirit world where they still had influence on living relatives. They could either be happy, or sad evil spirits who would cause calamities until they were appeased. Hence, the living accorded them a decent send off and prepared them to be ancestors. The burial ceremony included rites of mourning, dancing and slaughtering of animals. This mask was worn during funerals, and is made of hide and cow’s teeth. The crown is a cape decorated with cowrie shells and cow horns

In the Luo community, witch doctors or medicine men were revered. Cobra bones were used to treat wounds. A witch doctor put the rear bones of a snake into a necklace and offered it as medication to a sick client. The pieces were sold one by one, then burned, with the ash being used to treat pain. The place where the person was in pain was sliced with a blade and rubbed with ash. When walking through the bush, cobra bones were also tied around the waist to protect against snake attacks. The witch doctor would go into the woods looking for cobra bones, and if he didn’t find any, he would instruct the hunters to kill one and sell it to him

Originally, the Luo were pastoralists and fishermen. Men and women would go river fishing, and Nam Lolwe was one of them (Lake Victoria). They made fishing traps out of the “Modhno” plant (a species of grass) that grows prolifically in the lowlands. Because of the lush soils and abundant rainfall in the Lake region, the Luo have adopted agriculture.

The Luo hunted birds and small animals such as deer, antelope, rabbits, guinea fowl, porcupine, and others using spears, arrows, and knives for food, skins, and horns. Bird feathers were used to decorate their headdresses, horns were used as musical instruments, and animal skins were used to make clothing.Honey was also collected from the trunks of huge trees by the Luo. They used sticks to smoke the bees out and collected the honey in containers by hand, which they then transported home.

The Luo have unique traditional music that plays a functional role in their lives. Traditional musical instruments include drums, rattles, horns, the Abu and stringed instruments like the Nyatiti. They play music at all important events. During funerals, Luo music is played to pay tribute to the deceased as well as consoling the family. Traditionally, diviners and medicine men also used music to invoke rain, chase away evil spirits and heal the sick

2 thoughts on “THE LUO COMMUNITY”