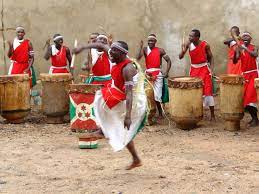 THE HUTU OF BURUNDI

Click here to learn more about other tribes in Africa. You may find yours!

The Hutu (/hutu/), also known as the Abahutu, are a Bantu ethnic or socioeconomic group indigenous to Africa’s Great Lakes region. They inhabit primarily in Rwanda, Burundi, and the eastern Democratic Republic of the Congo, where they are one of the most populous ethnic groups with Tutsis and Great Lakes Twa. The Hutu is the largest of Burundi’s and Rwanda’s three primary ethnic groups. Prior to 2017, the CIA World Factbook said that Hutus make up 84 percent of Rwandans and 85 percent of Burundians, with Tutsis accounting for 15 percent and 14 percent of Rwandans and Burundians, respectively. However, in 2017, these figures were removed, and no new figures have been released since. The Twa pygmies, the smallest of the two countries’ main populations, speak Hutu and Tutsi and share their language and culture. They are recognized by their little height.

Others argue that the two tribes are related but not identical, and that the differences between them were worsened by Europeans[8] or by a gradual, natural split, with those who kept cattle becoming known as Tutsi and those who did not own cattle becoming known as Hutu. According to Mahmood Mamdani, the Belgian colonial authorities classified people as Tutsi or Hutu based on livestock holdings, physical measurements, and church records. The debate over the ethnic origins of the Hutu and Tutsi within Rwandan politics predates the Rwandan genocide, and it continues to the present day, with the government of Rwanda no longer using the distinction.

Rwanda-Rundi, a member of the Bantu subgroup of the Niger–Congo language family, is the native tongue of Hutus. The Kinyarwanda and Kirundi dialects of Rwanda-Rundi have been standardized as the official languages of Rwanda and Burundi, respectively. The Tutsi and Twa also speak it as their mother tongue. Furthermore, a tiny number of Hutus use French as a lingua franca, despite the fact that the population is diminishing due to the poor relations between Rwanda and France.

Hutu and other Rwandan children in Virunga National Park The Belgian-sponsored Tutsi monarchy survived until 1959 when Kigeli V was exiled from the colony (then called Ruanda-Urundi). In Burundi, Tutsis, who are the minority, maintained control of the government and military. In Rwanda, the political power was transferred from the minority Tutsi to the majority Hutu. In Rwanda, this led to the “Social revolution” and Hutu violence against Tutsis. Tens of thousands of Tutsis were killed, and many others fled to neighboring countries, such as Burundi, Uganda, and expanding the Banyamulenge Tutsi ethnic group in the South Kivu region of the Belgian Congo. Later, exiled Tutsis from Burundi invaded Rwanda, prompting Rwanda to close its border to Burundi. In Burundi, a campaign of genocide was conducted against the Hutu population in 1972, and an estimated 100,000 Hutus died. In 1993, Burundi’s first democratically elected president, Melchior Ndadaye, who was Hutu, was believed to be assassinated by Tutsi officers, as was the person constitutionally entitled to succeed him. This sparked a counter-genocide in Burundi between Hutu political structures and the Tutsi military, in which an estimated 500,000 Burundians died. There were many mass killings of Tutsis and moderate Hutus; these events were deemed to be a genocide by the United Nations International Commission of Inquiry for Burundi.

While Tutsis remained in control of Burundi, the conflict resulted in genocide in Rwanda as well. A Tutsi rebel group, the Rwandan Patriotic Front, invaded Rwanda from Uganda, which started a civil war against Rwanda’s Hutu government in 1990. A peace agreement was signed, but violence erupted again, culminating in the Rwandan genocide of 1994, when Hutu extremists killed an estimated 800,000 Rwandans, mostly Tutsis About 30% of the Twa pygmy population of Rwanda were also killed by the Hutu extremists.  At the same time, the Rwandan Patriotic Front took control of the country and is still the ruling party as of 2020. Burundi is also currently governed by a former rebel group, the Hutu CNDD–FDD. As of 2006, violence between the Hutu and Tutsi had subsided, but the situation in both Rwanda and Burundi was still tense, and tens of thousands of Rwandans were still living outside the country

HERE AT BETHANY ONLINE SCHOOL WE SEEK TO BRIDGE THE GAP BETWEEN LANGUAGE AND CULTURE BY TEACHING AFRICAN VERNACULARS TO AFRICANS ABROAD. BY SIGNING UP WITH US YOU GET 24/7 ACCESS TO OUR WEBSITE AND TUTORING BY AN EXPERT IN THE LANGUAGE OF YOUR CHOICE. WE ALSO OFFER THE ADVANTAGE OF PAYING PER CLASS INSTEAD OF HAVING TO PAY FOR A FULL COURSE.  WE ALSO RUN A BLOG WHERE WE EDUCATE OTHERS ABOUT THE AFRICAN CULTURE AND HERITAGE

1 thought on “THE HUTU OF BURUNDI”