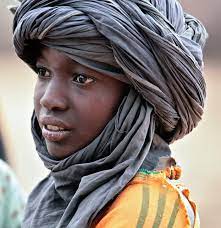 The Berbers, or Berber, has a number of meanings, including a language, a culture, a location, and a group of people: most prominently it is the collective term used for dozens of tribes of pastoralists, indigenous people who herd sheep and goats and live in northwest Africa today. Despite this simple description, Berber ancient history is truly complex.

Who Are the Berbers?

In general, modern scholars believe that the Berber people are descendants of the original colonizers of North Africa. The Berber way of life was established at least 10,000 years ago as Neolithic Caspians. Continuities in material culture suggest that the people living along the coasts of the Maghreb 10,000 years ago simply added domestic sheep and goats in when they became available, so the odds are they’ve been living in northwest Africa for much longer. Modern Berber social structure is tribal, with male leaders over groups practicing sedentary agriculture. They are also fiercely successful traders and were the first to open the commercial routes between Western Africa and sub-Saharan Africa, at locations such as Essouk-Tadmakka in Mali. The ancient history of the Berbers is by no means as tidy.

The earliest historical references to people known as “Berbers” are from Greek and Roman sources. The unnamed first century AD sailor/adventurer who wrote the Periplus of the Erythrian Sea describes a region called “Barbaria”, located south of the city of Berekike on the Red Sea coast of east Africa. The first century AD Roman geographer Ptolemy (90-168 AD) also knew of the “Barbarians”, located on the Barbarian bay, which led to the city of Rhapta, their main city. Arabic sources for the Berber include the sixth-century poet Imru’ al-Qays who mentions horse-riding “Barbars” in one of his poems, and Adi bin Zayd (d. 587) who mentions the Berber in the same line with the eastern African state of Axum (al-Yasum). The 9th-century Arabic historian Ibn ‘Abd al-Hakam (d. 871) mentions a “Barbar” market in al-Fustat.

Today, of course, Berbers are associated with people indigenous to northwest Africa, not east Africa. One possible situation is that the northwestern Berbers were not the eastern “Barbars” at all, but instead were the people the Romans called Moors (Mauri or Maurus). Some historians call any group living in northwest Africa “Berbers”, to refer to the people who were conquered by Arabs, Byzantines, Vandals, Romans, and Phoenicians, in reverse chronological order. Rouighi (2011) has an interesting idea that the Arabs created the term “Berber”, borrowing it from the east African “Barbars” during the Arab Conquest, their expansion of the Islamic empire into North Africa and the Iberian peninsula. The imperialist Umayyad caliphate, says Rouighi, used the term Berber to group the people living nomadic pastoralist lifestyle in northwestern Africa, about the time they conscripted them into their colonizing army.

BETHANY ONLINE SCHOOL IS AN ORGANIZATION DEDICATED TO BRIDGING THE GAP BETWEEN CULTURE AND LANGUAGE BY OFFERING ONLINE CLASSES IN AFRICAN LANGUAGES. WE ALSO RUN A BLOG WHERE WE TEACH ABOUT THE AFRICAN CULTURE. JOIN US TODAY!

Shortly after the establishment of the Islamic settlements at Mecca and Medina in the 7th century AD, the Muslims began expanding their empire. Damascus was captured from the Byzantine Empire in 635 and by, 651, Muslims controlled all of Persia. Alexandria in Egypt was captured in 641. The Arab conquest of North Africa began between 642-645 when general ‘Amr ibn el-Aasi based in Egypt led his armies westward. The army quickly took Barqa, Tripoli, and Sabratha, establishing a military outpost for further successes in the Maghreb of coastal northwestern Africa. The first northwestern African capital was at al-Qayrawan. By the 8th century, the Arabs had kicked the Byzantines completely out of Ifriqiya (Tunisia) and more or less controlled the region. The Umayyad Arabs reached the shores of the Atlantic in the first decade of the 8th century and then captured Tangier. The Umayyads made Maghrib a single province including all of northwestern Africa. In 711, the Umayyad governor of Tangier, Musa Ibn Nusayr, crossed the Mediterranean Sea into Iberia with an army made up mostly of ethnic Berber people. Arabic raids pushed far into the northern regions and created the Arabic Al-Andalus (Andalusian Spain).

By the 730s, the northwestern African army in Iberia challenged Umayyad rules, leading to the Great Berber Revolt of 740 AD against the governors of Cordoba. A Syrian general named Balj ib Bishr al-Qushayri ruled Andalusia in 742, and after the Umayyads fell to the Abbasid caliphate, the massive orientalization of the region began in 822 with the ascent of Abd ar-Rahman II to the role of Emir of Cordoba. Enclaves of Berber tribes from Northwest Africa in Iberia today include the Sanhaja tribe in the rural parts of the Algarve (southern Portugal), and the Masmuda tribe in the Tagus and Sado river estuaries with their capital at Santarem. If Rouighi is correct, then the history of the Arab Conquest includes the creation of a Berber ethnos from the allied but not previously related groups of northwestern Africa. Nonetheless, that cultural ethnicity is a reality today.

House types used by modern Berbers include everything from movable tents to cliff and cave dwellings, but a truly distinctive form of building found in sub-Saharan Africa and attributed to Berbers is the ksar (plural ksour). Ksour are elegant, fortified villages made completely with mud brick. Ksour have high walls, orthogonal streets, a single gate and a profusion of towers. The communities are built next to oases, but to preserve as much tillable farmland as possible they soar upward. The surrounding walls are 6-15 meters (20-50 feet) high and buttressed along the length and at the corners by even taller towers of a distinctive tapering form. The narrow streets are canyon-like; the mosque, bathhouse, and a small public plaza are situated close to the single gate which often faces east. Inside the ksar there is very little ground-level space, but the structures still permit high densities in the high rise stories. They provide a defensible perimeter, and a cooler micro-climate produced by low surface to volume ratios. The individual roof terraces provide space, light, and a panoramic view of the neighborhood via a patchwork of raised platforms 9 m (30 ft) or more above the surrounding terrain.