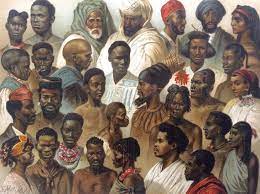 THE EVOLUTION OF THE AFRICAN CULTURE

Due to the scarcity of written materials, many academics must rely only on oral history, archaeology, and genetics to piece together the continent’s past. Early civilization began in Egypt and eventually expanded to Nubia, the Maghreb, and the Horn of Africa, according to documented history. During the Middle Ages, Islam swept throughout Africa, and it is still the largest religion in Northern Africa today. Slaves were taken from Africa and sent to Europe and the Middle East in the late fifteenth century for use in the slave trade. European colonization of Africa grew significantly in the nineteenth and early twentieth centuries, until Europe was weakened after WWII, and decolonization began. Unlike in Europe, where history is often preserved in crumbling structures, Africa’s story is told by the people who live there.

The culture of Africa is fascinating since it is so diverse, depending on every country you visit. The continent is home to a wide range of people, many of whom have been influenced by outside forces. Tribes, dialects, and cultural characteristics are unique to each country. Uganda, a small African country, has more than thirty established tribes. We’ll now look at some of Africa’s most well-known cultural items, including tribes, food, art, and language.

African tribes that are well-known

South Africa’s largest ethnic group is the Zulu. The province of KwaZulu-Natal has a population of between ten and eleven million people. During the 19th and 20th centuries, apartheid ruled much of South Africa, and the Zulu people were treated as second-class citizens, sometimes subjected to prejudice. They now have the same rights as any other citizens. The Maasai are a Kenyan and Tanzanian ethnic group who dwell in the Rift Valley. They have big herds of cattle, sheep, and goats that they move around to different grazing places and water supplies on a regular basis. They are a proud and independent tribe that relies on cattle for their wealth and power. A Maasai’s wealth and power are proportional to the number of cattle he or she owns. The Omo River Region of South Western Ethiopia is home to more than fifty distinct tribes, making it a fascinating place to explore if you’re interested in African culture. Due to a lack of access to the area, many old customs and beliefs have survived.

Farmers make up a large portion of the population in villages in Eastern, Western, and Southern Africa. They eat virtually exclusively food that they raise themselves. Outdoor marketplaces also sell traditional African cuisine. Couscous is a popular dish in Morocco and Algeria, where it is served with meat and vegetables. Cassava, maize, mille, and plantains are commonly grown and consumed in Western Africa. When visiting African countries, you’ll notice that they are highly traditional, with the majority of women and girls doing the cooking. Colonisation has had an impact on the food and drink supplied in several African countries, such as Kenya, where tea is widely consumed.

Africans are among the most important contributors to sculpture. African sculpture is a centuries-old art form, with some of the earliest sculptures discovered in Egypt.

Africa is home to dozens of indigenous languages and dialects. Every African country, even the smallest, has its unique language. Many people can speak Creole or Pidgin versions of English, Portuguese, or French, because to the fact that many African countries were once European colonies. Arabic is spoken in Northern Africa, while Swahili is the prevalent language in East Africa.

3 thoughts on “THE EVOLUTION OF THE AFRICAN CULTURE”