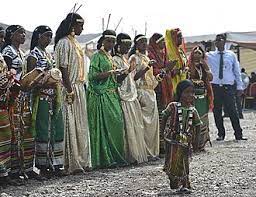 THE DIR COMMUNITY OF DJIBOUTI

One of the biggest and most well-known Somali clans in the Horn of Africa is called the Dir (Somali: Dir). They are also said to be the first Somalis to have lived in the area. Northeastern Kenya, Djibouti, Somaliland, Somalia, Ethiopia (Somali, Harar, Dire Dawa, Oromia, and Afar areas), and Somalia are home to its members (North Eastern Province).

The Dir can be traced back to Aqil ibn Abi Talib (c. 580–670 or 683),[8] an older brother of Ali ibn Abi Talib (c. 600–661) and Ja’far ibn Abi Talib (c. 590–629), who was a cousin of the prophet Muhammad (c. 570–632). They can connect Aqil, the reputed ancestor of northern pastoralist tribes like the Dir, the Hawiye, and -matrilineally through the Dir- the Isaaq and the Darod, to Samaale (the origin of the word “Somali”). These historical assertions are debatable, but they certainly illustrate the long-standing cultural exchanges between Southern Arabia and Somalia (particularly, but not only, its most northern region, Somaliland).

The Dir clan has been practicing Islam for more than 1400 years. After the first Migration to Abyssinia, early associates of the Prophet built a mosque in Zeila, a Dir city. This mosque is known as Masjid al-Qiblatayn. By the seventh century, the Dir clan dynasty had converted the majority of the Somali peninsula to Islam, which had then spread to the rest of the country. Zeila was as the capital of the early Adal Kingdom, an exclusive Dir kingdom that existed from the ninth until the thirteenth centuries. The Jarso clan, a division of Dir, founded the Dawaro Sultanate in the tenth century, with its capital in the Hararghe Highlands. The Dir, as well as its subclans Akisho, Gurgura, Issa, and Gadabuursi, make up Harar’s largest and most authentic Somali clan tree. When the Adal Sultanate was weakening, the Oromos took advantage and were able to penetrate the city, settle in these areas, and assimilate some of the local Gurgura clan. The city Dire Dawa was originally known as Dir Dhabe and used to be a part of the Adal Sultanate during the medieval era. Dir, a significant Somali tribe, was the only group to settle in the city. When the Adal Sultanate began to fall apart, the opportunistic Oromos decided to invade and occupy the Haraghe Highlands and assimilate the local native Somali population, which was made up of Jarso, Gurgura, Nole, Metta, Oborra, and Bursuk, all of whom were sub-clans of Dir, a significant Somali tribe tree. These sub-clans were later united into the Oromo Ethnics. When Imam Ahmad ibn Ibrahim al-Ghazi conquered Abyssinia in the 16th century, the Dir, particularly the Gurgura, Issa, Bursuk, and Gadabuursi, supported him. The chronicler Shihb al-Din reports that thousands of Dir warriors participated in Imam Ali’s campaign in his medieval Futuh Al-Habash. During the colonial era, the Dir family also waged a revolution against the Italians. The Dir’s Biimaal branch was mostly in charge of this uprising. The Biimaal clan is well renowned for organizing a resistance movement in southern Somalia against the colonizers. The Biimaal insurrection, a 20-year conflict against Italian colonialists in Italian Somaliland, saw the Biimaal vehemently reject the imposition of colonialism and fight against them. During this conflict, many of their warriors assassinated multiple Italian governors. This uprising is comparable to the Mad Mullah’s war in Somaliland. The Gaadsen sub-clan of the Biimaal primarily resides in Somalia, the Somali region of Ethiopia, and the NEP region of Kenya. The Biimaal live off the land. They were also successful merchants and traders in the 19th century. In the 19th century they have engaged in multiple wars with the Geledi clan, which they were victorious in