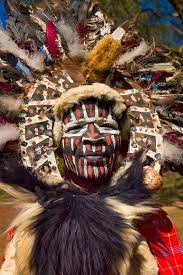 The term ma (ma’at or truth) is ingrained in common Agĩkũyũ words such as, kĩama (of truth), kĩrĩma (with truth),kũrĩma (to the truth), mũtiirima (supporter of truth), maitũ (our truth), mama (of truth), maĩ (truly true), matu (truth only), among many others. Therefore, the kĩama was the place where the Agĩkũyũ went to search for the truth. Among the Agĩkũyũ, minor cases such as fights and small mistakes, were dealt with by one’s age-mates known as riika. This is similar to the modern tribunal court systems. The fines were minimal. For family disputes, these cases were taken to the men’s house known as thingira. This was the ‘parliament’ of the homestead where all the laws of the family were set and discussed. This is equivalent to the modern family court system, and hence the proverb, ‘igũciirwo thingira iticookaga nyũmba’ meaning,once a verdict is given at the thingira level, it cannot be appealed at the nyũmba level. There is also another similar proverb that says, ‘nyũmba na riika itiumagwo’, meaning one cannot leave their clan or their age-set. Other major non-family disputes such as criminal cases or land dispute between various families, were taken to the council of elders known as athuuri a kĩama or kĩama kĩa ma, meaning, the council of truth.

BETHANY ONLINE SCHOOL IS AN ORGANIZATION DEDICATED TO BRIDGING THE GAP BETWEEN LANGUAGE AND CULTURE. WE ARE DOING THIS BY OFFERING ONLINE CLASSES IN AFRICAN LANGUAGES AND TEACHING ABOUT THE AFRICAN CULTURE. HERE IS HOW YOU CAN SIGN UP FOR OUR CLASSES

All kĩama cases took place at the open communal area outside the homestead that was known as kĩhaaro (from the root word haara or kũhaara ma, meaning to search for the truth. A case started with the first grade elders known as athuuri a mbũri ĩmwe, which is equivalent to the modern magistrate court. However, the case would be deliberated upon the the verdict given by the second grade elders known as athuuri a mbũri igĩrĩ. This is equivalent to the modern high court. In case a person was not satisfied with the verdict that was made by the athuuri a mbũri igĩrĩ, also known as athuuri a kĩama or athuuri a horio, there was room to appeal the case. Appealing a case was known as gũcookia ciira riiko, meaning, taking the case back to the hearth. At this level, the case was deliberated by the third grade elders known as athuuri a matathi. This was equivalent to the modern court of appeal. These elders of matathi carries on one hand a black staff that symbolized deep knowledge of judicial law, and on the other hand, a fly whisk this sweet- smelling leaves known as matathi – which is the Agĩkũyũ version of the olive branches, that signified the offer of reconciliation – similar to the crook and frail that was carried by the ancient Egyptian pharaohs.

The highest and most sacred court was known as kĩama kĩa maturanguru – which is equivalent to the modern supreme court system. At this level, there were no more deliberations for the case. These elderly law sages, were only called to administer sacred judicial oaths. The oaths were so fatal, to a point where the family and clans of the oath-takers would bet to pay the fines their clan-mates were being charged – whether they were guilty or not – other than have them subjected to the oaths. This oaths would result in demise of one of the partakers or/and other family or clan members – within 7 days.