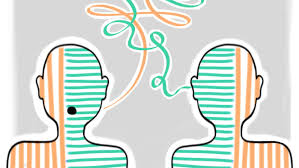 IS LANGUAGE LEARNT OR NURTURED

IN LANGUAGE DEVELOPMENT, IS NATURE OR NURTURE MORE IMPORTANT?

The way we evolve as a result of genetic inheritance and other biological variables is referred to as nature. Nature is responsible for eye color, which is established by programmed genes.
Environmental factors cannot permanently change the color of your eyes; it is a trait you are born with. After conception, we acquire qualities through experience and learning, which is known as nurture. We may not be born with a fondness for a certain genre of music or religious affiliation, but we might develop an affinity for subsects of both through contextual variables. There is no pre-programmed gene that determines who we worship or what beliefs we develop. Both of the examples given for nature and nurture address the concept in its most basic form, although this fundamental distinction has been debated since the Elizabethan time. Since the 1950s and well into the new millennium, vigorous scholarly debate has raged around the origins of language and how people developed to use it as a means of communication.

WHERE DID THE NATURE VS. NURTURE CONFLICT BEGIN?

Scholars have debated both perspectives and concluded that one takes precedence over the other. Their disagreement is straightforward: one of the two explanations must be linked to the development of human behavioral traits; otherwise, other mammals would have gained equally sophisticated characteristics. What distinguishes humans from our hominid ancestors, and why haven’t they evolved a more advanced range of language? The response to this question prompted two major theorists to argue the concept of nature versus nurture, bringing the argument to the forefront.

Noam Chomsky was born on December 7th, 1928, and is often regarded as the “founder of contemporary linguistics.” Chomsky’s notion of nature as a forerunner to the creation of language began with a published critique of B.F. Skinner’s 1957 book Verbal Behavior, influenced by Rudolf Rocker and George Orwell. Skinner’s view on language was called into doubt in the open critique, which said he overlooked the significance of human innovation in linguistics. Chomsky had no idea that his evaluation would improve his stature as a thinker in academic circles. He held numerous notable and powerful positions at universities, linguistic groups, and even contractual research with the military throughout his career.
Despite the fact that several of his theories failed to work in practice, such as his projects with the military, Chomsky is an incredibly accomplished cognitive scientist.

As you can expect, rival theorists are irritated by having their work openly criticized. Peers, on the other hand, were slow to accept Skinner’s ideas due to his lack of reply. He not only failed to address any of Chomsky’s objections, but some of his hypotheses lacked experimental data, which Chomsky had to his advantage. Is this to say that B.F. Skinner’s work is the weaker link in the language development chain? Chomsky’s dissent should be regarded as a positive development. Unless there is some grounding in the theory, few intellectuals take the time to read, comprehend, and criticise other scholars’ work. Skinner created and pioneered cutting-edge scientific procedures at the time in order to demonstrate that human behaviour is influenced by the consequences of prior actions. Even the most complicated behaviors could be broken down and recognized as a result of environmental influences, according to his behavioural theory, which was far more comprehensive than a simple case of positive and negative reinforcement.

IS IT AS EASY AS SELECTING ONE WINNER?

If we could trace the underlying workings of language, the human mind, and our behavior to a single theory, it would be straightforward to comprehend. Science, theories, and our exploration of the world, fortunately for us, is a never-ending process. There is a growing consensus that human linguistic development is aided by a combination of the two, both nature and nurture. However, both sides’ arguments are still legitimate. Since then, a unique language gene, FOXP2, has been discovered in nature. Individuals with FOXP2 mutations have been found to have language or speech impairments as a result of disruption to the central nervous system, according to research.  If we take someone who has this mutation as an example of nature, we can utilize nurture to show how we may develop language abilities well beyond what our genes normally allow. Although the individual in issue will never have the natural language capacity of someone with a normal FOXP2 gene, the ability to learn as a result of one’s surroundings can assist in overcoming some of the challenges.

THE TWO ARE INHERENTLY CONNECTED.

If we go back in time to the beginning of language, it’s likely that a combination of nature and nurture contributed to the production of our first words as a species. It appears that nurture builds on a preexisting biological foundation in order to advance communication between communities, despite any differences in genes, whether it was the need to warn others of an impending threat—a daily occurrence in prehistoric man’s time—or a desire to pass on information from those with superior genes.

LANGUAGE DEVELOPMENT IN THE FUTURE

It’s not so much a question of who provides the foundation for language growth as it is of how the two contribute to the ever-changing entity that is language. To understand how powerful environmental variables are in shaping the way we communicate, look no further than society’s use of emojis in modern communication. It remains to be seen if Chomsky and Skinner’s camps will ever agree to disagree. One thing is certain: both nature and nurture will continue to impact human language development, and the landscape of language will undoubtedly seem considerably different in the future than it does now.

HERE AT BETHANY ONLINE SCHOOL WE OFFER A RANGE OF CLASSES IN AFRICAN VERNACULARS SUCH AS KISWAHILI AND SHONA. CLICK ON THE LINK BELOW TO VIEW OUR SERVICES