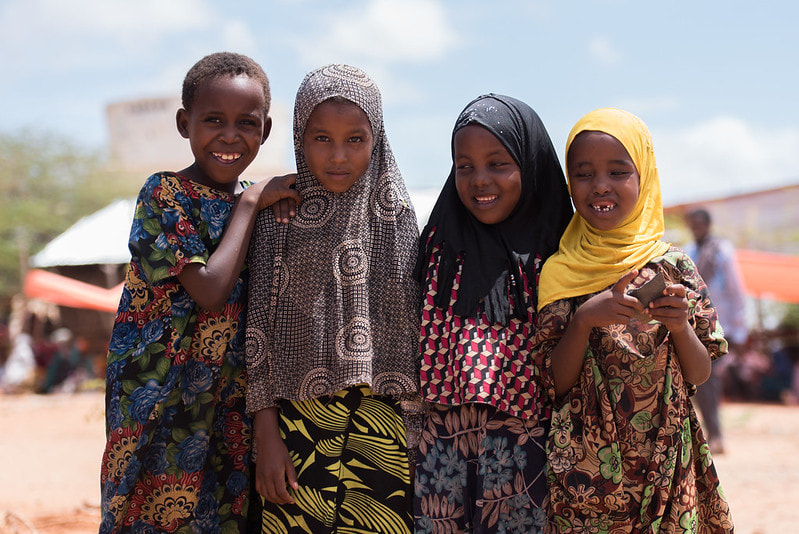 The progenitors of both the Eastern and Southern Cushites occupied a much greater section of East Africa than they do today, stretching into the inter-lakes region as well as central and southern Kenya, until the advent of the Nilotes some 500 years ago. The introduction of Bantu and, particularly, Nilotic-speaking peoples, however, dispersed the Cushitic inhabitants. Some groups crossed into Tanzania, while others crossed into the Rift Valley, where they were subsequently assimilated by the Maasai and other Nilotic tribes.The majority, on the other hand, just fled northwards into the more marginal lands they now occupy. Nonetheless, they were subjected to extensive and profound interaction with their new Nilotic neighbors, including cultural interchange and intermarriage, to the detriment of their own survival

The progenitors of both the Eastern and Southern Cushites occupied a much greater region of East Afria until the arrival of the Nilotes about 500 years ago.
More recently, about three hundred years ago, the ‘Oromo Expansion,’ which began in southern Ethiopia, recaptured part of the territory that had been lost, primarily at the expense of the Bantu, who were forced south into Kenya’s far more fertile highlands, where they remain today.

Cushitic-speaking peoples now occupy a substantial chunk of Kenya’s arid north and northeast, as well as Ethiopia and Eritrea, where they constitute the majority.
Cushites make up only 3-4 percent of Kenya’s population, but covering around 25% of the country’s land surface. They survive almost entirely onherding camels, while cattle are occasionally kept when the climate permits. Drought, starvation, and desertification are common occurrences throughout their lives, preventing them from farming.

Only a few enclaves of numerically small Southern Cushites survive in Kenya, mostly around the coast.
The Southern Cushites, also known as Dahaloan-speakers, are highly unlikely to survive as separate and independent Kenyan peoples, as Kenya’s eastern border with Somalia has become little more than a reflection of Somalia’s internal conflicts, with heavily armed raiders, bandits, and massacres common throughout the 1990s.
In addition, the Kenyan government is either unable or unwilling to do more than pay lip service to the situation.
The steady process of modernity, which is rapidly making their traditional way of life – which includes hunting – less sustainable, is another challenge to this people’s cultural integrity.

The Somali-speaking people (also called Somaloid, or Garre) live to the east, bordering Somalia, while the Oromo-speaking people (formerly and pejoratively called Galla) live to the north, bordering Ethiopia and occupying a large part of southern Ethiopia.
The Borana (by far the largest numerically), the Gabbra, and the Rendille’s forefathers make up this last group.
The Orma, who live in a small enclave near the Kenyan coast at Garsen and the Tana River, speak Oromo.

4 thoughts on “CUSHITES IN AFRICA- LANGUAGE GROUPS IN AFRICA”