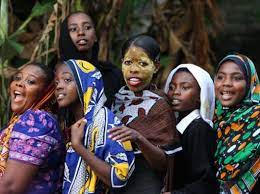 African Parents Will Force-Feed Their Kids Out of Love

Force-feeding is the act of making someone to eat against their will. In African families, this is quite common with young kids. Whenever a child refuses to eat for whatever reason, their parents may resort to threatening. The parent does this since they don’t want the child to starve. This is particularly common when a child is sick and lacking appetite for food. In this case, force-feeding helps the child to get adequate nourishment that helps in their recovery. Although there are some adverse effects of force-feeding kids, African parents do it right.

When growing up, children can get rebellious, especially from the influence of their peers. If not tamed, these acts of rebellion can develop into unacceptable behaviors such as criminal activities in adulthood. However, African parents know this too well; thus, they ensure their kids are brought up well. Consequently, they try to tame the child using the cane. When children are raised in such ways, they learn to respect authority. Ultimately, as brutal as it may sound, that’s an African parents’ gift to a child.

Manipulating the mind of a child is easy, especially by someone familiar to them. Several African nations have stories of lies that parents tell kids as they grow up. The most common lie is that children are bought and not birthed. Subsequently, African parents use this lie to prevent their children from learning much about childbearing at a young age. But don’t get us wrong, children need to know the truth about several things at some point, and that’s the duty of the parent. The basic idea behind lying is to protect their young mind until they are mature enough to know the truth.

African parents are known to take fast disciplinary actions on their kids. However, they also understand that warnings are important to prevent kids from having to get into trouble. For instance, living with an African guardian, an African child will listen to several earfuls to train them to stay out of trouble. Most of the time, African parents use these opportunities to counsel their kids about wrong and right. Again, this is an expression of love that might seem unorthodox.

Friends Will Be Vetted by The Parent

A child’s social life is essential in an African family and parents play a huge role in this.  There is a popular saying, ‘Show me your friend and I will tell who you are’. African parents take this serious. They don’t want their children hanging around with other children with bad behaviour since their children can easily pick these behaviors up. Therefore, irrespective of the age of the child, they will have to explain to their parents their friends’ origin, social, and academic status. If it happens that their friends have a bad reputation, they will be forbidden to hang out with them.

Serving Food for Their Kids in Gatherings

African mothers are known for this. Whenever the family is in a gathering such as wedding ceremonies, the mother will use the backdoor to secure some food for her kids. African mothers put their children first in most cases. Thus, they wouldn’t want them to starve. They will serve them food even before everyone else. That’s the love of an African mother to her child.

Putting Pressure on Kids in Their Studies

In an African home, every child is expected to come top in their class. There is just no explanation that African parents can take as to why the child ‘failed.’ In many African nations, parents believe education is key to success. This point of view is upheld since most of the people they look up to are scholars. This reverence for education makes them to insist on giving their children the best—their money can afford.