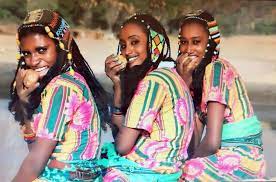 WHAT ARE THE AFRICAN BELIEFS ON MARRIAGE

It is common practice in Africa to combine practices of major religions with local religious traditions. This is evident in marriage ceremonies where both Islamic and Christian marriages will also follow traditional practices adopted from tribal communities or smaller religions. The wedding is an exceptionally respected tradition within Africa due to their deeply rooted appreciation for the notion of family. Many African communities believe marriage is primarily about procreation and providing for children as this is seen as the foundation of society. They are often encouraged against marrying for love or sexual attraction. Due to the sheer size and diversity of Africa, wedding customs vary greatly not just between countries but between local communities. There is a growing trend among African communities where wedding ceremonies and marriage processes are blending traditional customs with modern practices. This is evident throughout many locations within Africa, where Catholic and Islamic followers will participate in traditional customs as well as ones typical to their religion. The diversity of traditional beliefs throughout the country leads to enormous diversity among African communities. Despite this, there are also many similarities between African weddings and the customs that surround them.

The various marriage ceremonies performed in Africa begin with the initial introduction between the groom and bride. The Yoruba call this ‘Mo mi i mo e’ (know me and let me know you) while the Igbo call it ‘Ikutu aka n’ulo’ (Knock on the door). The family is typically involved within this process. Within many African communities, such as Nigerian ethnic groups, the engagement is where the traditional practices are performed.

It consists of an elaborate ceremony with heavy involvement from both families. The families dress in traditional and often colourful attire. It is common for the families to choose a colour to abide to in their dress code. The ceremony is typically held at the Bride’s house. It is here that payment from the groom’s family to the bride’s is made and wedding rings are exchanged. Traditional customs relevant to the specific community are performed during this engagement ceremony, while the more modern marital customs will be performed at the religious wedding ceremony. The wedding will consist of more modern marital customs relevant to the religion of the participants families. Examples of this include the exchange of marital vows and modern wedding attire being worn by the bride and groom.

African weddings often consist of modern Islamic/Christian ceremonies whilst intertwining traditional African beliefs and practices. An example of this is the common practice of bridewealth in Africa, particularly among the Zulu people. Bridewealth is when a groom’s family pays the bride’s family in traditional forms such as livestock, food and clothing to confirm the marriage. In modern practice, the payment is typically in forms of cash. To many Africans, bridewealth is considered to be a crucial part of a marriage ceremony and the marriage will not be acknowledged until the bridewealth has been paid. While this is not a custom of Islamic or Christian marriage, many Africans adopt the traditional practice into their communities creating a strong link between their primary religion and their traditional and cultural beliefs. Enormous economic growth within the continent has caused the bridewealth payment to inflate so significantly that many couples are now straying from the tradition, instead opting for other forms of marriage.

The amount of bridewealth that a family is able to pay serves as an icon of her family’s social status and indicates how much the family will be able to support the groom’s. Bridewealth is seen as a form of “insurance” for the bride’s family, as they know that if economic hardship entails they are able to rely on the groom’s family to care of them. Some academics believe bridewealth leads to marriage stability, as the bride’s family will put pressure on the daughter to remain in the marriage if the payment made was of significant value. In contrast to this practice, other African communities such as many Moroccan ethnic groups participate in a marital custom known as “dowry”. This is where the bride inherits gifts from her family with the purpose of using them within her new home.

Examples of traditional marriage customs within Africa can be seen when analyzing the Yoruba people of Nigeria. The Yoruba integrate many traditional Yoruba marriage customs (such as arranged marriages and bridewealth) into their Christian and Islamic ceremonies. Marriage to this ethnic group is seen to be the foundation of their society rather than a bond between two people expressing love for one another. They are taught from a young age that marriage is about responsibility and providing to their society by having children. Children are taught through folktales that families built on love and attraction risk damaging the foundation of their community.

It is cemented into their culture that marriage is about procreation and providing the child with an environment in which they can thrive. It is of traditional belief that the child does not know when he is ready to marry, therefore the parents will make the decision for them. The Yoruba teach proverbs such as ““Bi omode ba to loko, aa fun loko, bi o ba to l’ada, aa fun l’ada” which translates to “when a child is ripe for hoe, he is given a hoe, if he is ripe for cutlass, he is given cutlass”.

When the parents believe the child is “ripe” for marriage, they will begin the process of seeking out a wife, often without the child knowing. The wife will also be sent a school where she is educated on her roles as a wife and importance of marriage. The traditional beliefs of the Yoruba share some similarities with traditional Catholic marriages, such as the wife being expected to remain a virgin until she is married. Marriage to the Yoruba was not focused on love but rather on structure and order. Some African academics have argued that this is a strong foundation for a society and that it is the woman’s role to attend to household duties. This standpoint is particularly polarizing and has not been backed up by scientific data.

The West African people of Ghana participate in marital customs that differ greatly from many other African countries. Generally, the woman would not live with her husband and would remain living with her parents. The married couple would have fairly minimal interaction with one another, to such an extent that the wife would often refer to her husband as the father of her sons name. This form of relationship emphasizes the importance of marriage towards social stability and minimizes the significance of the bond between the husband and wife.

Due to Africa’s expansive diversity, marriages within the continent are not limited to previously mentioned forms of marriage. Throughout the continent many individuals are electing for non-traditional forms of marriage that do not abide to traditional African marriage customs or more modern religious customs. This includes marriages performed in front of a registrar, bypassing the religious and traditional aspects of marriage entirely and instead opting for a simplified process which still provides the legal benefits of marriage. Some African couples are opting to bypass the legal marriage status entirely and alternatively having irregular unions as a symbol of their love and connection. Some academics believe this may not be a choice, but rather the outcome of current living conditions within the continent.Many Africans are unable to produce the money required to fund a traditional wedding and pay dowry. They may perform their own simplified ceremonies as a response to their economic conditions. Other Africans are unable to participate in tribal or community centric ceremonies as they are required to move far from their community for employment. These irregular unions are performed when travelling back to their community was unrealistic or unachievable. The significance of marriage forming the foundation of a community is made obsolete if the couple were no longer a part of this community.